You are here: Home / Plant Points / All Purpose / The Fruit That Took Over the World 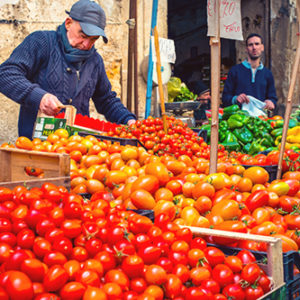 That’s right; we’re talking tomatoes. Tomatoes have become a global phenomenon in a relatively short amount of time. They’re in everything! Ketchup, marinara, bolognese, salsa, and much more. We also love eating tomatoes on sandwiches, burgers, tacos, pizzas, and even just a slice with a little salt on it. Tomatoes are a global phenomena. But, they can be a fickle mistress in the garden. So, we’re here to shine a light on best practices for growing the best and juiciest tomatoes you can.

First, let’s look at varieties. There are many different kinds of tomatoes such as heirloom, cherry, grape, beefsteak, Brandywine, big boy, cocktail, Roma, and tomatoes on the vine, to name a few. And, they come in all different colors from white to purple, red, yellow, green, and even stripes. Each of these types of tomato has its own unique flavor profile and use in an enormous list of recipes and family dishes. But, where to begin when it comes to growing them? Well, it helps to have a little background information.

There are so many different varieties of tomatoes, but what matters is the type of plant you’re buying and how they grow throughout the season. 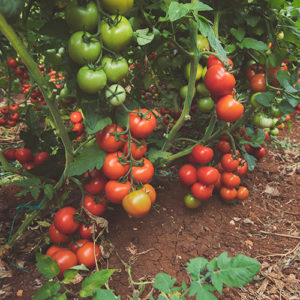 There are what are called determinate tomatoes, which bloom and set fruit all at once and then decline. Their blossoms grow at the ends of shoots. These plants then stop growing and are usually compact plants that require no pruning and little staking. One exception to this rule is what we call, “vigorous” determinants, which produce such large fruit that they need support, like a trellis or fence.

Another type of plant is called, you may have guessed, indeterminate tomatoes. These are the vines that are in for the whole summer. They continue to grow and to produce tomatoes throughout the growing season because the flowers grow along the vines rather than at the ends. Since they don’t come to a determined point but grow until stopped by cold weather or a pair of clippers (hence their name), they, too, generally need to be supported or pruned regularly.

The Six Degrees of Tomato Care 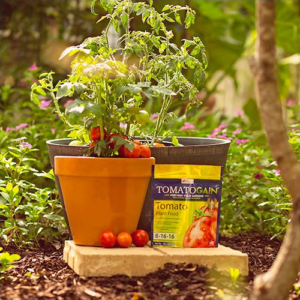 The major difference between these types of plants is going to be growing time and, therefore nutrition requirements. As a vine-ripened fruit, all tomatoes require high levels of nutrients. Different varieties grow best in various climates. There are six requirements for growing tomatoes, and the first of course is sunlight. Tomatoes require a minimum of eight hours of sunlight a day. Secondly, they need three to four months of fairly consistent temperatures (between 55 and 75 degrees Fahrenheit), and they prefer a relatively dry season. Third, tomatoes prefer even and continuous watering. The soil should be kept moist, meaning not too wet or too dry. If you’re experiencing particularly dry weather, it’s recommended that you deep water them at least once a week.

The fourth requirement is continuous feeding. As previously stated, tomatoes need a LOT of nutrients to produce their best. For this we recommend our Tomatogain. Tomatogain is specifically formulated to give your plants all the nutrients they require including slow-release nitrogen, so the plant is not overwhelmed. Number five on the list is drainage. Tomatoes like loose, well-drained soil so that moisture and nutrients can travel freely, and the plant’s growth is not restricted. We recommend a sandy loam for early tomatoes such as determinate varieties and a clay loam for indeterminate varieties which are late growers. 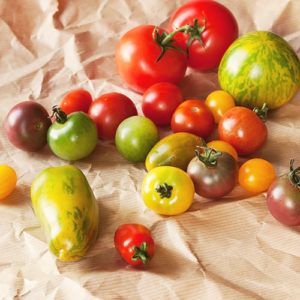 The sixth and final requirement on the list is protecting the leaves and roots. Protecting the leaves from extreme temperature changes can be difficult; however, to avoid this, tomatoes can be successfully grown indoors in either a garden box or hydroponically. In a hydroponic setup, you can regulate the temperature, hours of UV exposure, and nutrient flow far better than growing in a garden.

No matter where decide to plant your tomatoes, it is critical that the plant receives the necessary amount of nutrients, and, for that, we highly recommend that you employ Tomatogain. With Tomatogain, you can rest assured that your plants are getting the appropriate levels of nutrients in precise measurements. For the casual home-grower or the avid gardener, Tomatogain’s got what you need.

Breathe Life into Your Garden